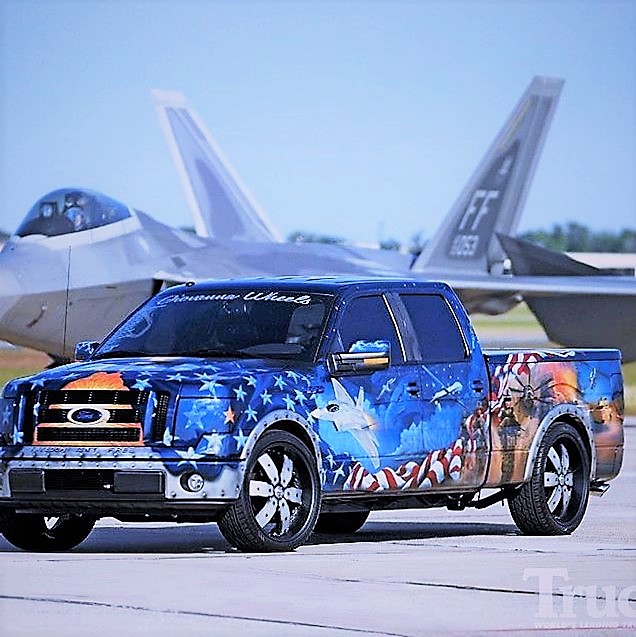 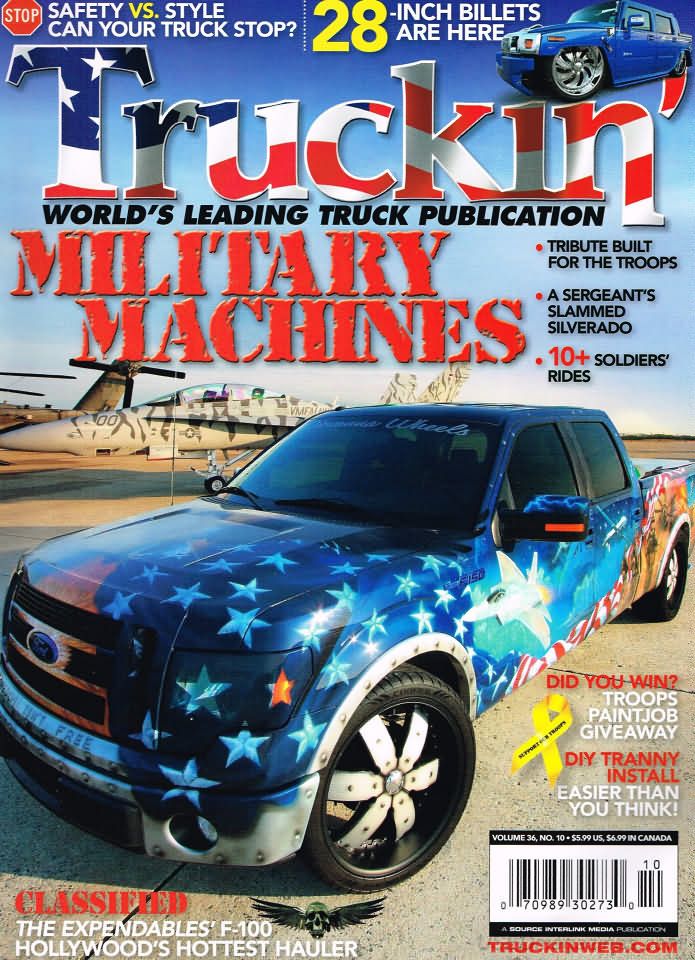 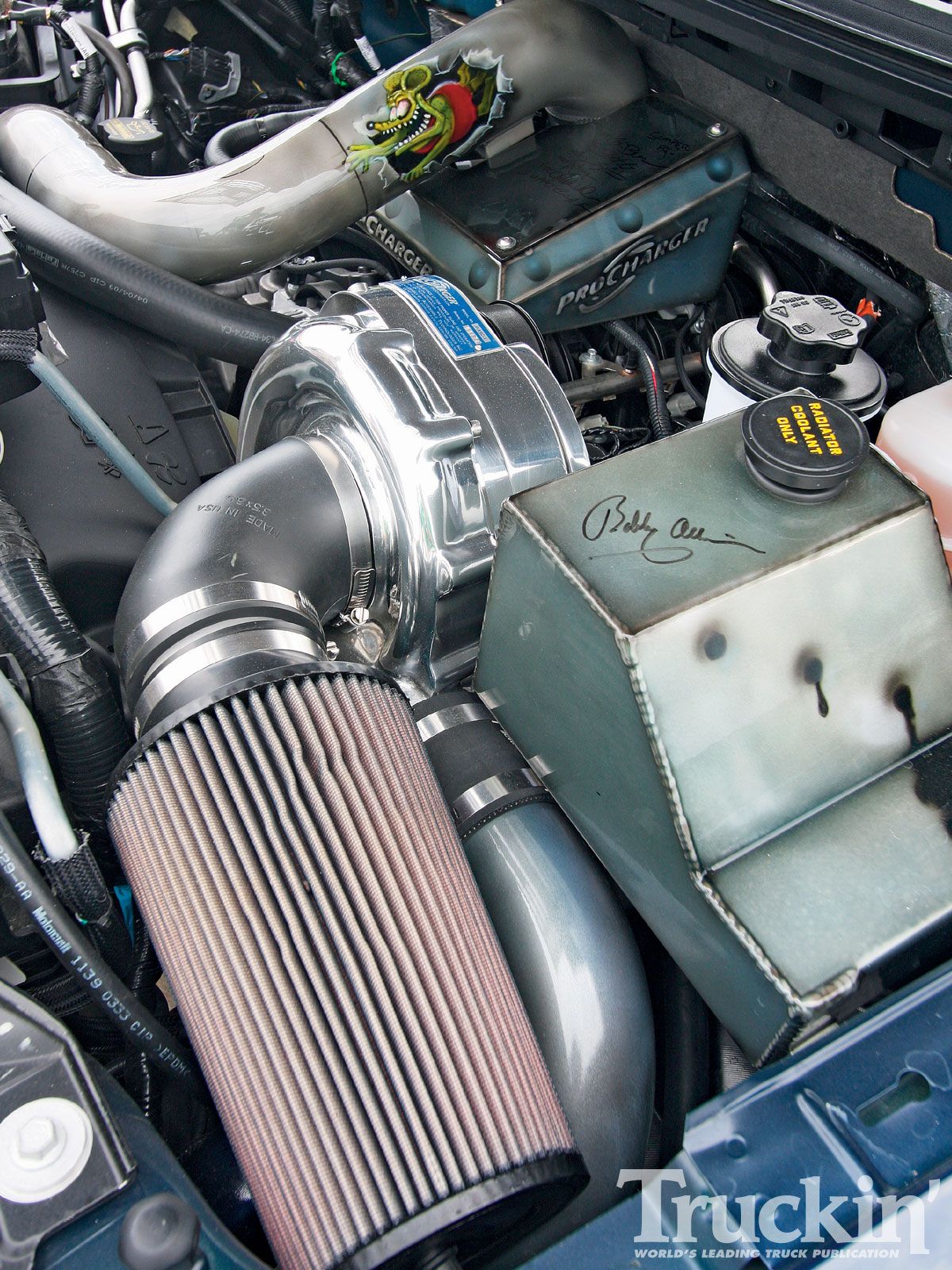 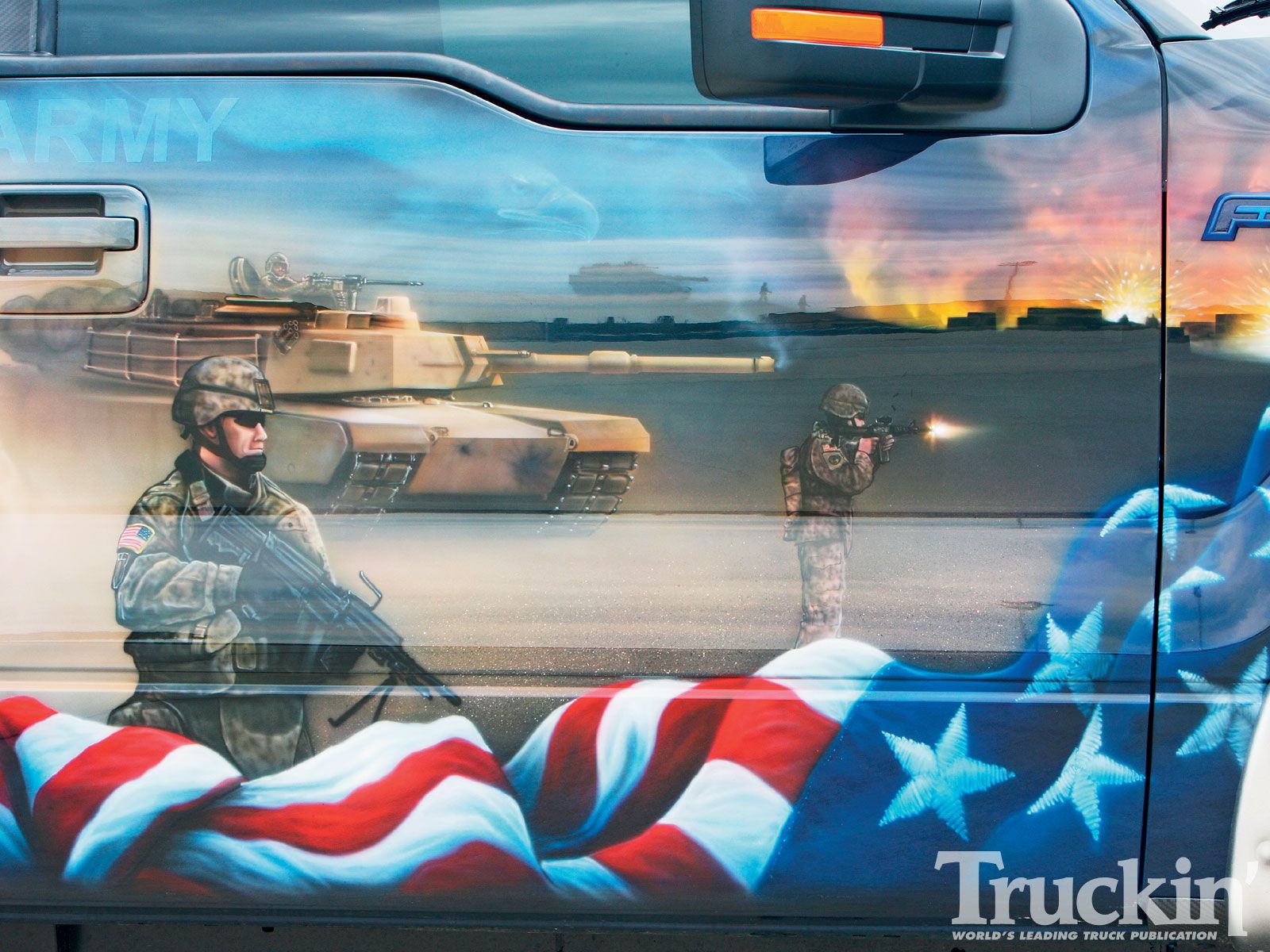 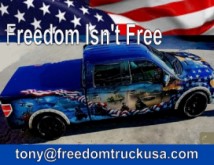 “Just the sound of the name is enough to get the heart thumping: Freedom Truck. And the fellow who transformed it from a two-tone 2009 Ford F-150 Lariat SuperCrew to all-America status is East Tennessee airbrush artist and muralist Mickey Harris.” “Rick Spears put together the idea with Ford Motor Co. to honor men and women of the armed forces. Working in conjunction with Rick Spears at Malibu Customz in Knoxville, TN. Harris, spent about three months airbrushing murals of all branches of the military in some sort of action scene.” "Harris is one of the top 10 airbrush artists in the world," says Spears, who is also an airbrush artist as well as an automobile customizer. Seven pieces of his art have been featured in the Pentagon. Harris' military art includes the famed B-17 Memphis Belle, the original signed by Belle World War II pilot Robert Morgan. He is also commissioned to paint the nose art for the Belle.”

“Scenes across the truck range from an Apache helicopter, two M1A Abrams tanks, an F22-Raptor, a C-17 Globemaster and a Predator, U.S. Marine Stallion and Cobra helicopters to a U.S. Navy carrier and a U.S. Coast Guard air/sea rescue operation.” “The truck's hood shows a bald eagle carrying an American flag in flight. It is a scene-grabber. And throughout the many military scenes, Harris has cleverly airbrushed eagle faces in fiery explosions and even in the ocean's waves.” “The Freedom Truck is not just any ordinary truck. It is loaded with specialty parts, such as a ProCharger Intercooled Super Charger System, the first of its kind. Not only that, parts of the motor have been signed by the likes of NASCAR legend Bobby Allison, members of the U.S. Navy Blue Angels and Country Singer Neil McCoy.”